Arguably, one of the most popular tartans that people select for their kilt is the Black Watch tartan. Sure, it looks stylish, but there are hundreds of other tartans that look just as good. Many people wear a Black Watch Kilt because of the history and prominence that the tartan attracts. 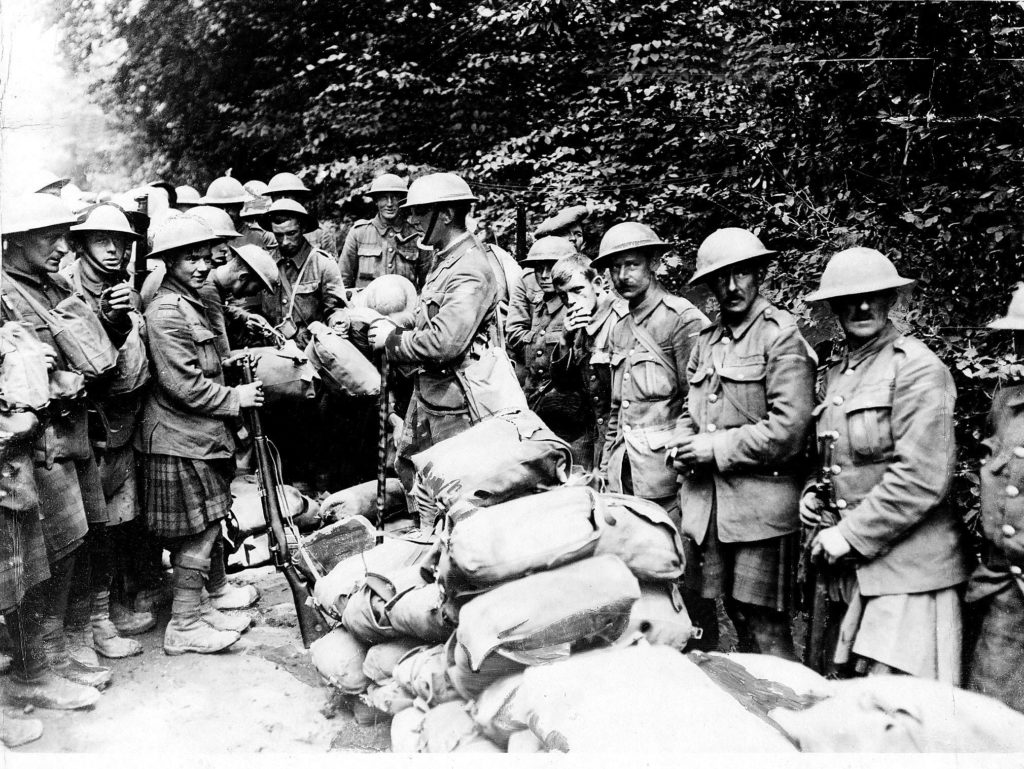 So, lets delve a little into the history of the the tartan. The tartan is sometimes known as the “government sett”. You can see an example of the tartan below.

In “Campbell Tartan”, there is an entry in the publication stating that there were six different companies in 1725, and they all wore a standardized tartan. From the six, three of these companies were Campbell’s, and it appeared that the sett they wore was adopted by other members of the Black Watch.

What makes the Black Watch tartan so different and instantly noticeable from other darker tartans is the presence of of single pairs, which alternate, and double pairs of black lines on the blue. This setup increases the size of the sett by two. There are other tartans which adopted this style such as Lamont and Forbes, as well as Urquhart and MacRae.

Note – The Black Watch are also known as the 3rd Battalion, Royal Regiment of Scotland.