The Crawford family is widely thought to be of Norman heritage. It is thought the name of the clan originates from the barony of Crawford in Lanarkshire. History tells the story of Reginald, who was the son of the mighty earl of Richmond, was one of the Norman knights created by David I. The Crawford’s famously took part in the founding of Holyrood Abbey and Sir Gregan Crawford, who was head of the clan, played a key role in saving the king’s life when he was set upon by a stag in 1127. 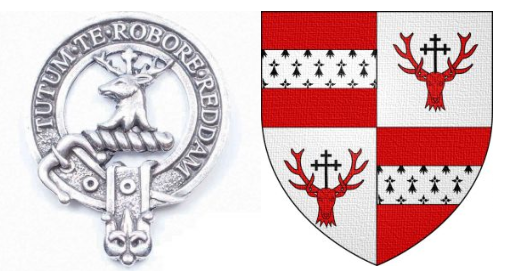 William Crawfurd of Craufurdland was knighted by James I, thanks to his heroic actions during battle, and he subsequently fought for Charles VII of France. John of Craufurdland perished whilst bravely fighting alongside James IV at Flodden, where he later died during that blood filled battle, as did much of the Scottish chivalry that day. Crawfords of Auchinames was also one of the casualties at this battle and at Pinkie in during the 1540’s.

One of the notable survivors of Pinkie was Sir Thomas Craufurd of Jordanhill, who went on to become a member of Lord Darnley’s household when he married Scottish darling Mary Queen of Scots. 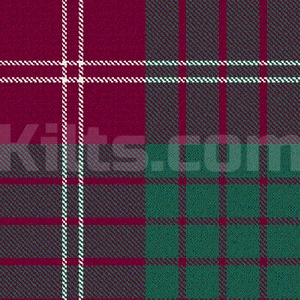 The 20th laird of Craufurdland Castle, named John Walkinshaw Craufurd, was one of the most distinguished Lieutenant Colonels in the Hanoverian army who took part in the battle of Dettingen in 1743 and subsequently at Fontenoy in 1745. John was close to the Jacobite Earl of Kilmarnock and when the Earl of Kilmarnock was subsequently beheaded, John famously walked with him to his fate. He took his severed head from the beheading and orchestrated the funeral for his close friend. Because of this, Craufurd’s name was later dropped to last-of-list in the army. He came back from this in 1761 when he became falconer to the king.

What is the Motto of Clan Crawford?

Motto: Tutum te robore reddam (“I will give you safety by strength.”)

What is the Crest of Clan Crawford?